At five months pregnant, Rehana’s health felt like it was out of her control. Here’s her story of bravery. 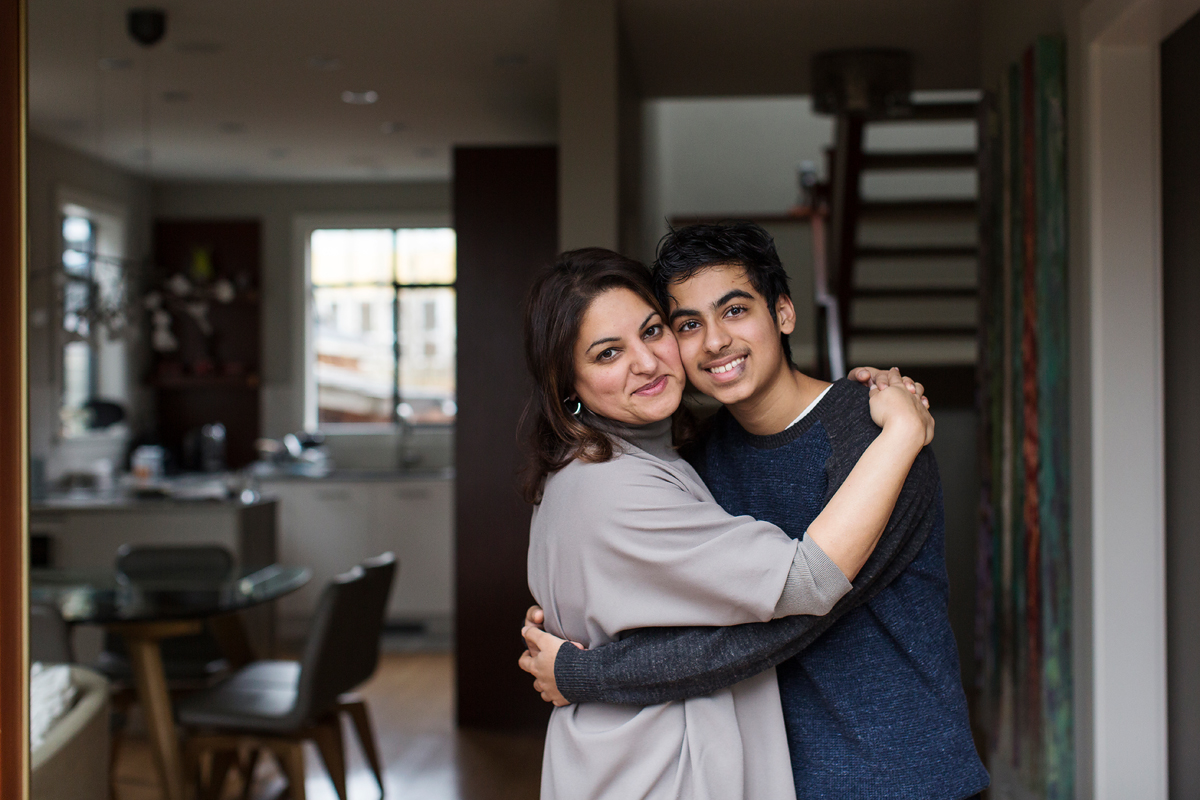 It was like something out of a movie—an almost unbelievable series of twists and turns, each more shocking than the last. But for Rehana, it was all real.

Rehana had a busy practice as a naturopathic physician, and she was five months pregnant with her first child. Everyone was healthy, and life was good.

It began on an ordinary morning, while she was in the kitchen preparing breakfast. She doesn’t remember what happened … only that she woke up on the floor, unable to breathe.

The doctors told her she’d had a stroke; there was a clot in her brain. She was grateful to have survived. But while she was still being treated in the hospital, she suffered a massive seizure.

Rehana was terrified. Even though she had medical training herself, she didn’t understand what was happening to her. She was immediately referred to the Maternal Fetal Medicine team at BC Women’s Hospital.

“As soon as I checked in, I knew I was going to be taken care of,” she says. “The doctor told me, ‘We’re going to figure this out. We’ve got this. Don’t worry, we have a team looking after you.’ And he was right.”

Rehana went on immediate bed rest and had regular appointments with her team at the hospital. But a week later, she experienced a second seizure.

Now Rehana was monitored closer than ever. One of her doctors decided to do a full physical exam … and discovered Rehana also had thyroid cancer.

Despite this devastating news, Rehana still had hope.

“The doctor told me they could remove the tumor after the baby was born,” Rehana says. “She said I was going to be okay. And I just clung to those words, because that was the only thing keeping me going.”

Then, on December 25, Rehana’s blood pressure spiked through the roof. Her medical team swung into action, working feverishly to save her life and the life of her baby. In the end, they had to perform an emergency C-section, even though she was nowhere near full term.

Despite everything she’d been through, Rehana felt calm going into the C-section. “I knew I was going to be taken care of. I was surrounded by very competent, professional, compassionate doctors. Their number one goal was to make sure I would walk out of there with my baby.”

After the surgery, her baby was immediately taken to the Neonatal Intensive Care Unit, where he, too, received life-saving care. Eventually, Rehana and her baby were able to go home, both healthy.

“If a complex story like mine had a very happy ending, imagine the possibilities of what can come from donations today and in the future,” she says. “Because of the support of our donors, stories that once would have had bad endings will instead have happy ones. I truly believe we’re going to see the impossible become possible.”

Give to the BC Women’s Health Foundation to make the impossible possible.