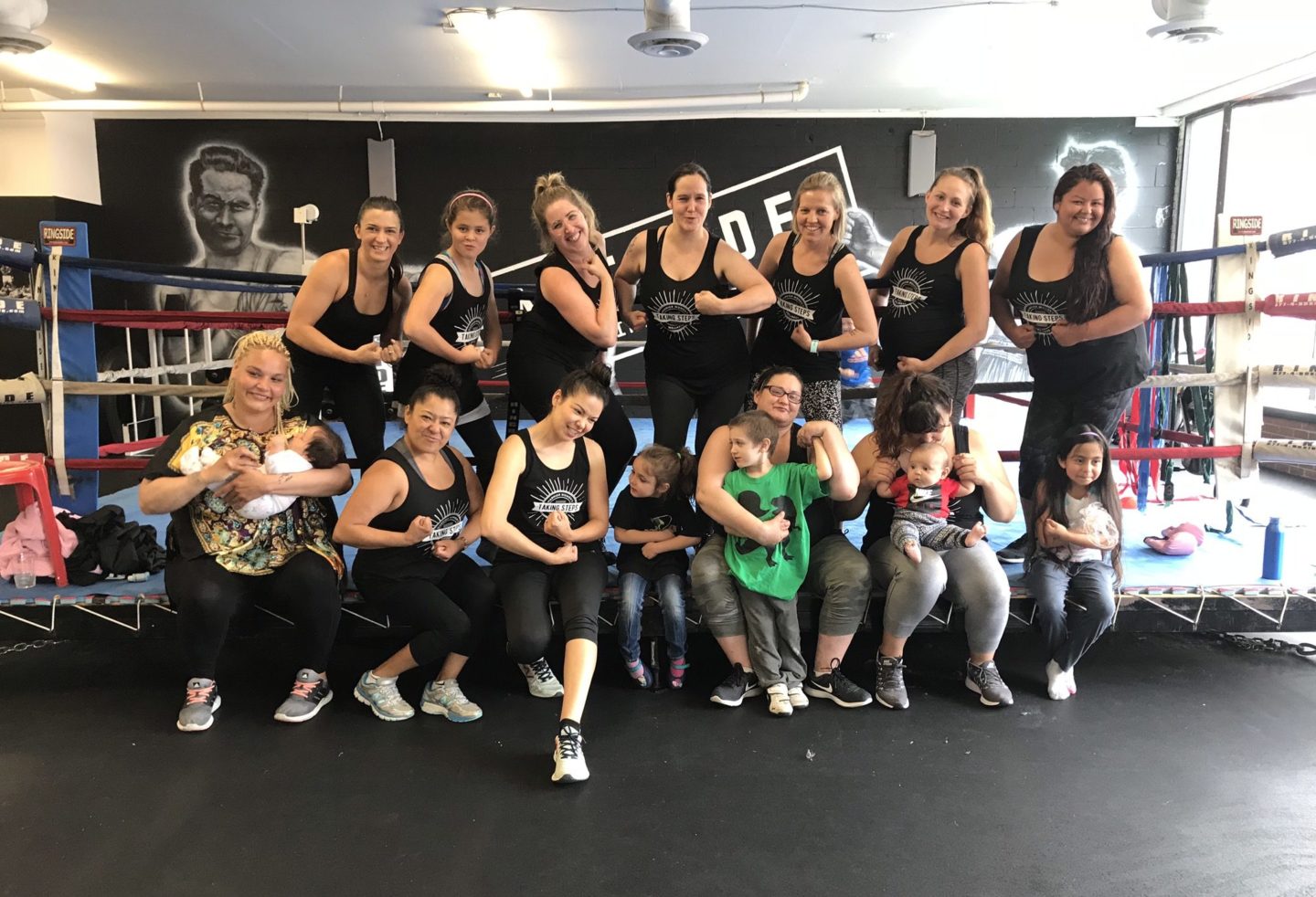 Fitness programs existed in Vancouver’s downtown eastside, but few catered to pregnant or parenting women. And none addressed the specific needs of those with histories of sex work, substance abuse or homelessness, all of whom had experienced trauma, and required a safe, non-judgemental, women-only space in which to exercise, says Postdoctoral Research Fellow Dr. Francine Darroch, who is changing that after receiving a catalyst grant from the Women’s Health Research Institute (WHRI), fully-funded by the Foundation.

“People don’t look at physical activity often as a health inequity, but it truly is,” says Darroch, who used the $25,000 pilot grant, intended to advance knowledge in women’s health, to kick-start a trauma and violence informed physical activity and wellness program.

The project, Taking Steps: Women’s Warrior Wellness, knocks down barriers such as cost, lack of childcare, or feeling intimidated or discriminated against – all of which its participants say prevented them from attending other fitness programs.

Even running shoes or a sports bra can be an obstacle, says Darroch. Both of which were provided to the women after Taking Steps garnered additional support from the Vancouver Foundation.

The WHRI catalyst grant “really did put us in a position to be able to apply for further funding and to scale up our programming and resources,” says Darroch. So much so that what began as a walking group of 20 or so women – pregnant or pushing strollers – has evolved into soccer, yoga, boxing, hikes and strength training classes.

The physical activities, which initially focused on creating strong and healthy bodies and minds, has had a side benefit of fortifying friendships and the community, says Darroch. And for many of the women, who identify as Indigenous, walking the streets in a like-minded, supportive group is a reconnection with culture as well as a reclamation of land.

“We often think of the DTES in very problematic ways,” says Darroch. “It’s a really great reminder when you see people – a group of women and children and babies – heading out for a walk that, that exists in the community. It’s a really positive shift.”

Your contribution to the WHRI will fund future projects like Dr. Francine Darroch’s.